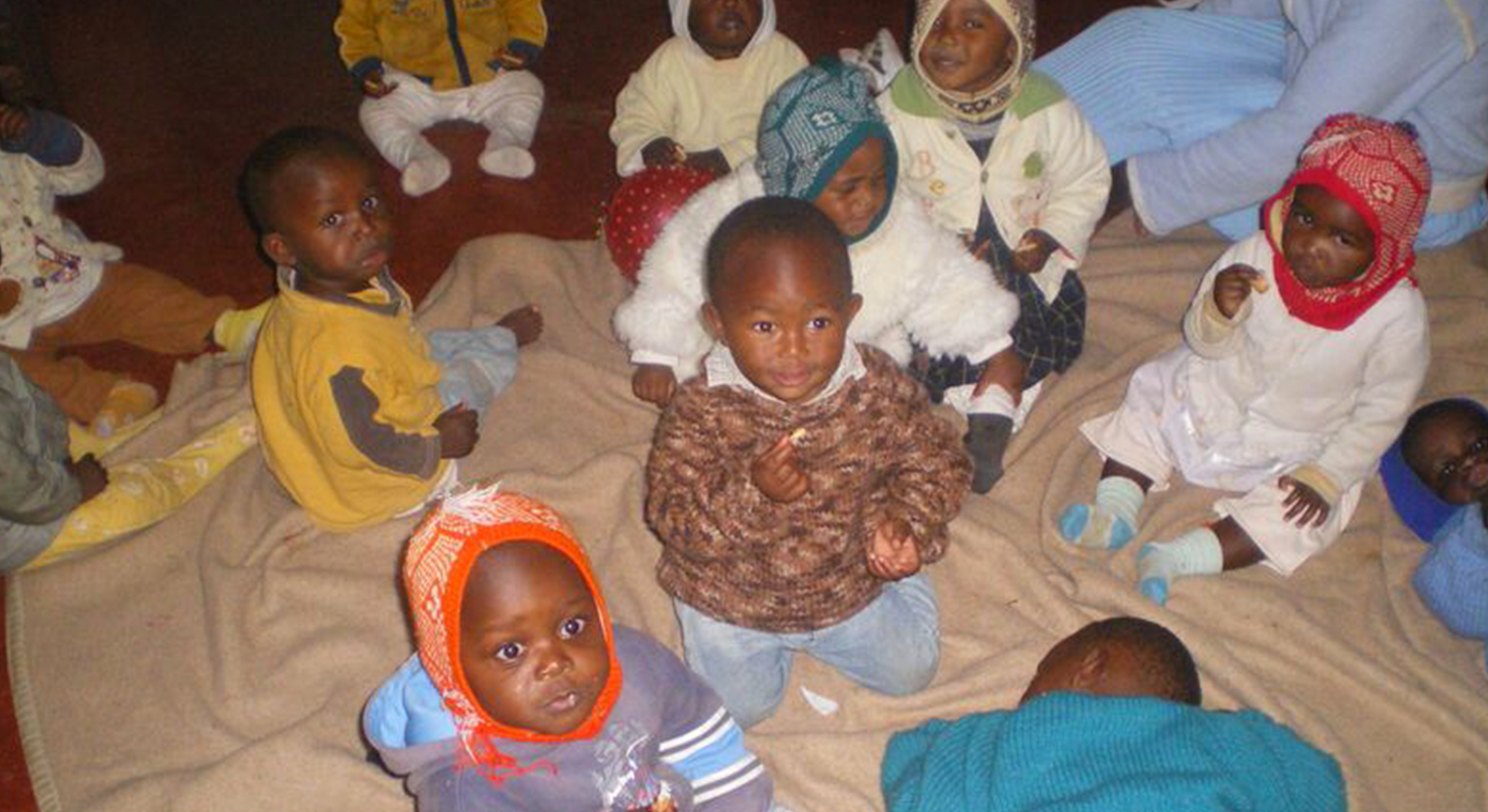 Another trip to HopeCC has come and gone. The group that went this time consisted of various people from Grande Prairie, Calgary, Edmonton and Chemainus, each having a part in making important contributions to HopeCC. Louis B and his daughter were already there when I arrived, immersed in introducing track and field activities with the children.

There are some great athletes at HopeCC with exuberant enthusiasm to display their sportsmanship. A track was prepared for various distance races to be run by all ages. The track circled around the high school being constructed, through the pasture, and along the garden patch.

Ditches were filled in and mounds were levelled. The older boys put in their energies to accomplish this 380 meter track. The children were delighted in crossing the finish line, most of them running in their bare feet. A long jump pit was constructed and the older children made huge accomplishments. Who knows what accomplishments the children will make someday with some practice and dedication? The basketball court continues to be a favourite place for many to play in. Even after a heavy rain, the children are able to play on the cement rather than in the mud. The cement pad can entertain many children at once. It is a great asset!

Another couple, Scott and Shauna from Calgary were busy gathering information to make a documentary of this orphanage. They interviewed Lucy and several students, putting together the story of Hope Community Center. I am looking forward to the end product in a few months. Kristel from Edmonton, brought her energy and vibrancy as she interacted with the babies and children. Cim from Chemainus had great plans to paint a mural on the new high school walls but several obstacles appeared. First of all, 2 of our bins which had some supplies, did not arrive at the Nairobi airport when we did.

Secondly, the high school was not completed as we had thought. So instead, Cim orchestrated the busy activity of students painting the dining room walls with a bright blue sky containing fluffy white clouds and a border of green grass. It certainly brightened this main room. She had great joy in photographing the beauties of God’s creation in Kenya.

But the babies! They are no longer tiny babies needing 24 hour care. Most are walking and talking with a mouth full of bright white teeth. What a pleasure to interact with these 19 little people under 2 years of age. James was only 1.2 kg at birth but now he is a bright eyed interactive little boy and mimicking me when I say, ‘hello’. Paul raises his arms for me to hug him and shake him so that he can giggle in response. These little people were once viewed as worthless with no future. Unwanted. What a miracle to see these little ones thriving and developing into unique persons! Some run up to me with excitement while others hesitate to interact with this white woman. It is exciting to see them develop and grow. They have definitely stolen my heart!

The 23 babies and toddlers need more room to sleep, eat, and play so there has been some shuffling of spaces. The grade 9 class was held on the upper floor of the boys’ dorm but this school year they and grade 10 are being held in the floor above the dining hall. It is hoped that the three-floor high school will be completed by the start of their new school year in January. So the first floor boys moved to the third floor of the boys’ dorm and the lower floor was painted nice and fresh for the toddlers to move into. They will have 3 rooms of their own and now the girls of HopeCC will be able to occupy both floors of the girls’ dorm. The girls desperately needed both floors of their dorm. So this swapping will bring much better results for everyone.

The huge garden area is growing the second crop of potatoes since last October when I was last there. The fertile ground produces lush vegetation of potatoes, kale, onions, cabbages, and stalk corn for the cows. A green house of plastic has been constructed with tomatoes, radishes, and sweet pepper plants which were just starting to poke their greenery out of the soil. A new teacher had been hired in January to teach the high school students biology. He has taken on the responsibility of developing the garden area. During my stay, the older boys were preparing to construct another smaller greenhouse which is going to be the nursery, where seeds are planted and cared for until big enough to be planted in the open area. This teacher is planning on constructing several more greenhouses, each with a different type of plant. This project will teach the children how to care for vegetation as well as provide HopeCC with food. It is good that someone is able to be in charge of this huge project.

The rest of the children are doing well. There are so many to interact with and all love to have their pictures taken! We went for a walk along the creek and discovered some beautiful birds and insects. We even found a small chameleon who quickly disappeared into the bottom of the bush. The girls love every opportunity to braid my hair. Ouch! Many hands make many braids. But it is an avenue to be able to touch each other and become close, part of the family. Nice!

Our international adoption agency, Little Gems, has decided to drop our license for this year. Kenyan regulations state that one of the potential adoptive parents must stay with the child in Kenya for a period of 3 months and then the legal process would begin. This could take up to a year to complete. This justis not possible for us Canadians since we have jobs and responsibilities that do not allow this long length of absence. Hopefully it will be possible to move forward with adoptions someday. That would be very thrilling!

Lucy is in great need of having a manager at HopeCC. The bulk of her children are getting older and there is more to organize and take care of. One of her older children, Gerald, will be completing his pastor’s degree in November and is anticipating to come back to HopeCC full time to minister at HopeCC. He is a man who has much love and exuberance in loving God and will take a load off of Lucy’s shoulders as he interacts with the children. The older children have taken on responsibilities throughout HopeCC, taking their smaller brothers and sisters under their care. They have no mom nor dad yet they hold dearly to their heavenly Father and to each other. Their grateful hearts touch mine and challenge me to focus on what is truly important. We need each other and we certainly need our Father.