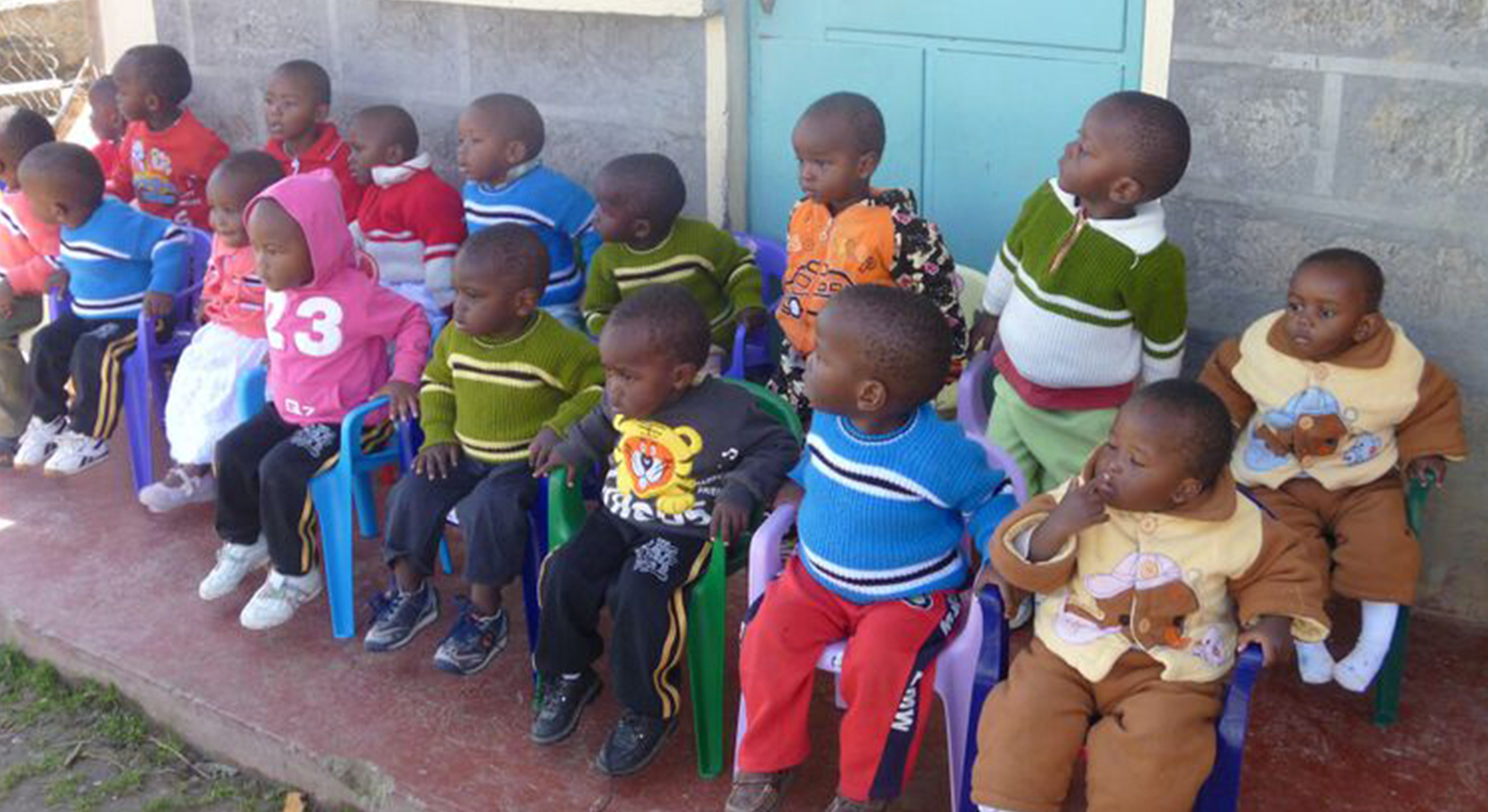 Once again the long trip to Kenya was made by myself along with 6 other ladies. It is always delightful to bring new people and see the orphanage through different eyes, – eyes that had not yet seen, touched, smelled and heard the beautiful children of HopeCC. But in the next 11 days together with this big family, their eyes would behold gratefulness, kindness, powerful singing, fervent praying, and the togetherness of many brothers and sisters. It is difficult to explain accurately one’s experience for there is nothing in my Canadian life that it can be compared to. It is a deep beauty of the soul and spirit within the children’s hearts.

We were heartily greeted at the airport by Mama Lucy herself, laughing and hugging and a mighty twinkle in her eye. Before arriving at HopeCC, we went to a factory outlet to buy 100 blankets, some new high school cardigan sweaters, feminine hygiene products, toilet paper, and a few fluffy pillows. With much heaving and pushing, the 2 vans which already held all of our 10 bins, 4 large suitcases and carry-on luggage plus us 8 ladies along with 2 drivers, managed to hold all of its cargo. Then we stopped to buy our needed groceries. Let me say that we were cozy and by the time we arrived at HopeCC, it was dark. And yet, children were waiting outside and singing wholeheartedly for us. It was touching.

The 3 nurses who came along, pursued their goal of setting up a clinic above the dining hall. After taking a picture of each student, they were weighed and measured, taken a picture of each, then were examined for any illness or physical hardship. They did a great job checking the 173 school children plus 21 young children. At least 75% of the children had some form of fungi infection between the toes and on their skin. The 3 high school girls who want to become a nurse someday were taught how to apply the purple solution on the infected areas. One hundred sixty eight flip flops were bought for the children to wear during their shower in order to prevent the fungi from continuing to be active. A few different medical cases were brought to the attention of the local doctor to examine further.
It was a great success!

The high school students were very busy writing their 11 tests as well as going to a variety of meetings such as question and answer time, educational sexual development issues, and also attending an Encounter God seminar that Irene led. These bright young men and women have great potential to make a huge mark in the world someday. One student, Denis, was chosen as the district children’s speaker and then was elected as the provincial children’s delegate. He will join the national children’s assembly next month. He is the only candidate from a children’s home rather than from a private or public school. We are all cheering for Denis and know that he would represent the rights of international children in a most genuine way. This competition will take place within the next few weeks.

Another celebration of Lucy’s children happened in May when a young man of HopeCC graduated in becoming part of the army of Kenya. His long and grueling 10 months of hard training now has paid off and his future is bright as he anticipates getting his Engineering degree through the army. God has brought him success for a purpose and time will unfold His plan. We are proud of you, Zephaniah!

The high school is a huge three storey stone building that is very close to completion. Its big classrooms, laboratory, library, and large meeting room will be used by up to 100 students in the near future. A grand opening is planned for January of 2012. HopeCC is slowly expanding into the dream of Lucy’s masterplan. She is always pursuing the unfolding of God’s dreams for her big family.

Monies were donated towards mattresses and jackets for the children. It is the coldest session for them right now and some children seemed to be cold. We didn’t have time on the way back to the airport so Mama Lucy assures us that she will get them for the children. She is so thankful for the generous hearts of all of those who gave towards providing for her children. She knows that it is her heavenly Father who is taking care of her big family through the providence of others.

Sunday was a huge highlight for all. It just so happened to be Mama Lucy’s birthday on Monday, June 27th so we decided to have a grand celebration on Sunday evening. We pushed all the chairs to the sides of the dining room to make room for lots of dancing. These kids naturally have rhythm and their whole body moves totally together. There was cheering and laughing and smiles as big as they could get. The room got mighty hot! There were needed breaks which consisted of blessing Mama Lucy with Proverbs 31, cards from various children, then birthday cake where each child received an iced cupcake (that’s a lot of cupcakes!). More dancing! Then a break of games and competition among the children followed by more dancing. Everyone was getting hot but truly delighting in the occasion.

Another break consisted of each child getting a cup full of popcorn plus some juice. It was a real party with DJs and all! Mama Lucy was also dancing about and then sat in her designated big arm chair observing her children’s laughter and joy. This was her first birthday party in Kenya that she had ever had and it was grand! Since her birthday was actually on Monday, she declared it a National holiday (for HopeCC) for the years to come. No school that day.

As we prepared to leave, there is always the time to say ‘good bye’. Goodbyes are usually painful but what joy we had in hugging and hugging and did I say, hugging the children. They are true delights.

As I am driven off the property of HopeCC, my heart is warm. What a privilege to learn from and be blessed by this most amazing family. Their heavenly Father too, smiles down in love. It is a good day!